Just six months after the onset of the COVID-19 economic shutdown, the labour market conditions have shown a great increase. As Canadian families adapted to new back-to-school routines at the beginning of September, public health restrictions had been substantially eased across the country, and many businesses and workplaces had re-opened. The work place recouped three quarters of the jobs lost prior to Covid. Throughout the month, some restrictions were re-imposed in response to increases in the number of COVID-19 cases. In Ontario, limits on social gatherings were tightened for the hot spots of Toronto, Peel and Ottawa.

Employment gains unexpectedly accelerated in September, increasing by 378,200, which was more than double the expected increase. This was the fifth consecutive month of job gains, which has now retraced three-quarters of the 3 million jobs lost during March and April. The unemployment rate fell from 10.2% in August to 9.0% in September. Most economists had expected a job gain of 150,000, and a jobless rate of 9.8%. So, we are seeing a much better pick up than expected.

It was also noted that most of the new jobs were full-time work and the number of Canadians employed but worked less hours than prior to Covid fell by over 7%. Sectors still challenged are accommodation and food service, which are down by close to 200,000 employees along with the retail sector down by close to 150,000 employees. The final sector hard hit was youth employment, at over 260,000 employees.

Aside from these sectors, the overall result of the Covid economic shutdown has been positive. This is great overall economic news. The overall unemployment rate of 9% in September has been a rapid improvement to the record high of 13.7% in May. This is great news for the economy, we are seeing good progress for recovery. 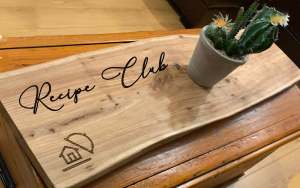 We promise not to spam you. You can unsubscribe at any time.